How do we promote life-long learning and literacy?  How to do we help youth to thrive educationally?

This page is dedicated to what we do as well as a great place for cool resources!

Download File
2022 Is Our Book Challenge
Local Summer Enrichment Scholarships Available from the Club (contact us)
MWC Grants to Educators: If you are an educator, please fill out this form to be considered for a project to help students click on purple link).
Teacher Appreciation
GFWC-IL Scholarships Available (see below)
Juniorette Club coming to a school near you soon.
Your Library Has More Going on Than You Think! Check it out here. 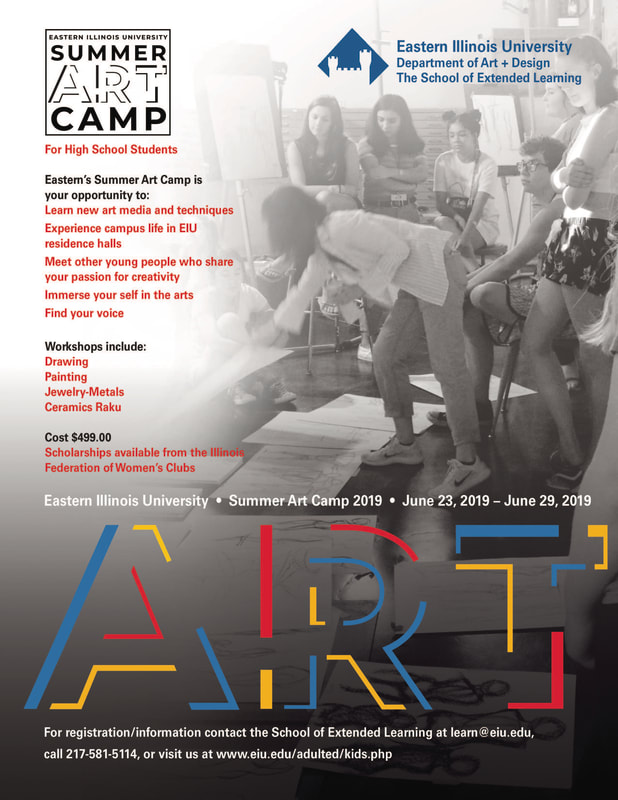 Each month the group makes a new book selection and discusses it over lunch at Sherwood Oaks Restaurant at 11:30 am on the third Wednesday of every month.  Always looking for new members to join in the conversation! For more information email morriswomansclub@gmail.com
May
April
March
February--"The Woman in Cabin 10" by Ruth Ware
2020--January "One More River to Cross" by Jane Kirkpatrick
November--"Love and Ruin" by Pauls McClain
April--"The Girl With No Name," by Diney Costeloe
March--"My Life in France," by Julia Child
​February--"The Plot to Hack America," by Malcolm Nance

Scholarships are not limited to high school graduates.  All ages of potential students are welcome to apply.  Past applicants and/or winners may reapply.  Students at parochial /private schools as well as schools in nearby communities that are not served by a local GFWC Illinois club may apply.

The applications should be available in schools later this month.  If they are not, or the school is not served by a club, students should contact our education chair. 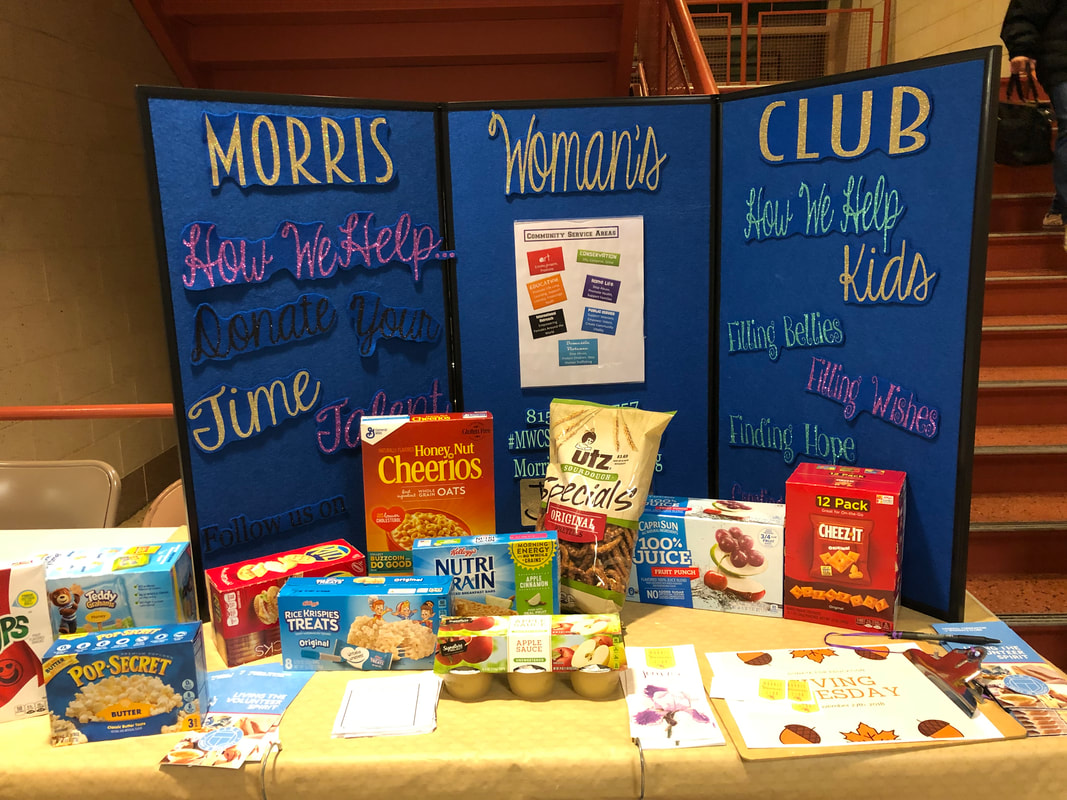 MWC was one of the community resources at the Morris Elementary Parent Teacher Conferences in November of 2018.  The Club is assisting the district in collecting snacks and breakfast items for students in need.

Every month we collect Box Tops for Education that we send in to schools. 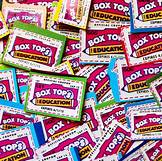 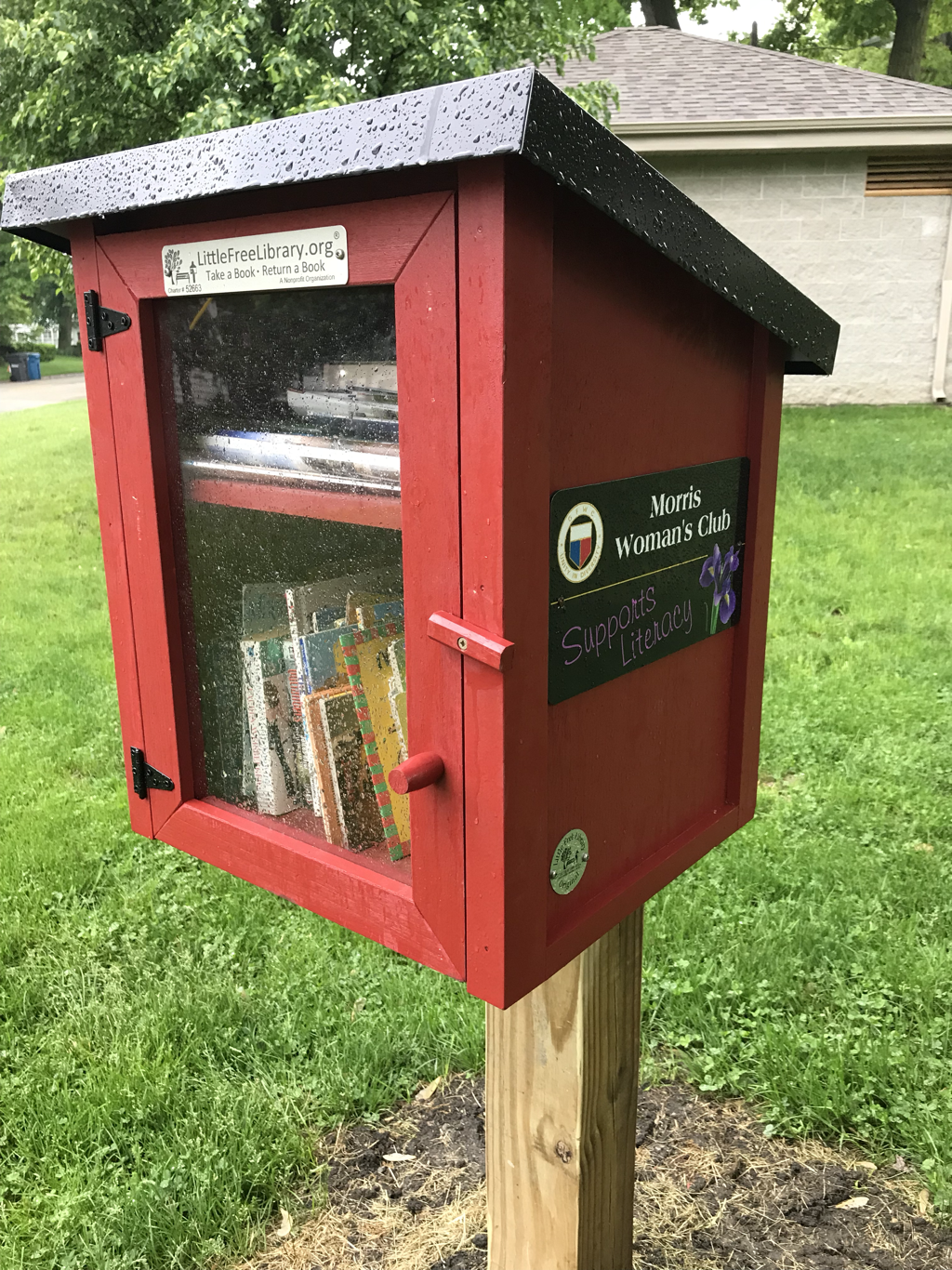 MWC has joined the LFL movement by purchasing and maintaining several Little Free Libraries. Check out our books AND if you want to be part of the Little Free Library (LFL) movement, then let us know how we can assist you. Help us put LFLs up all over Morris! #MWCServingOurCommunity 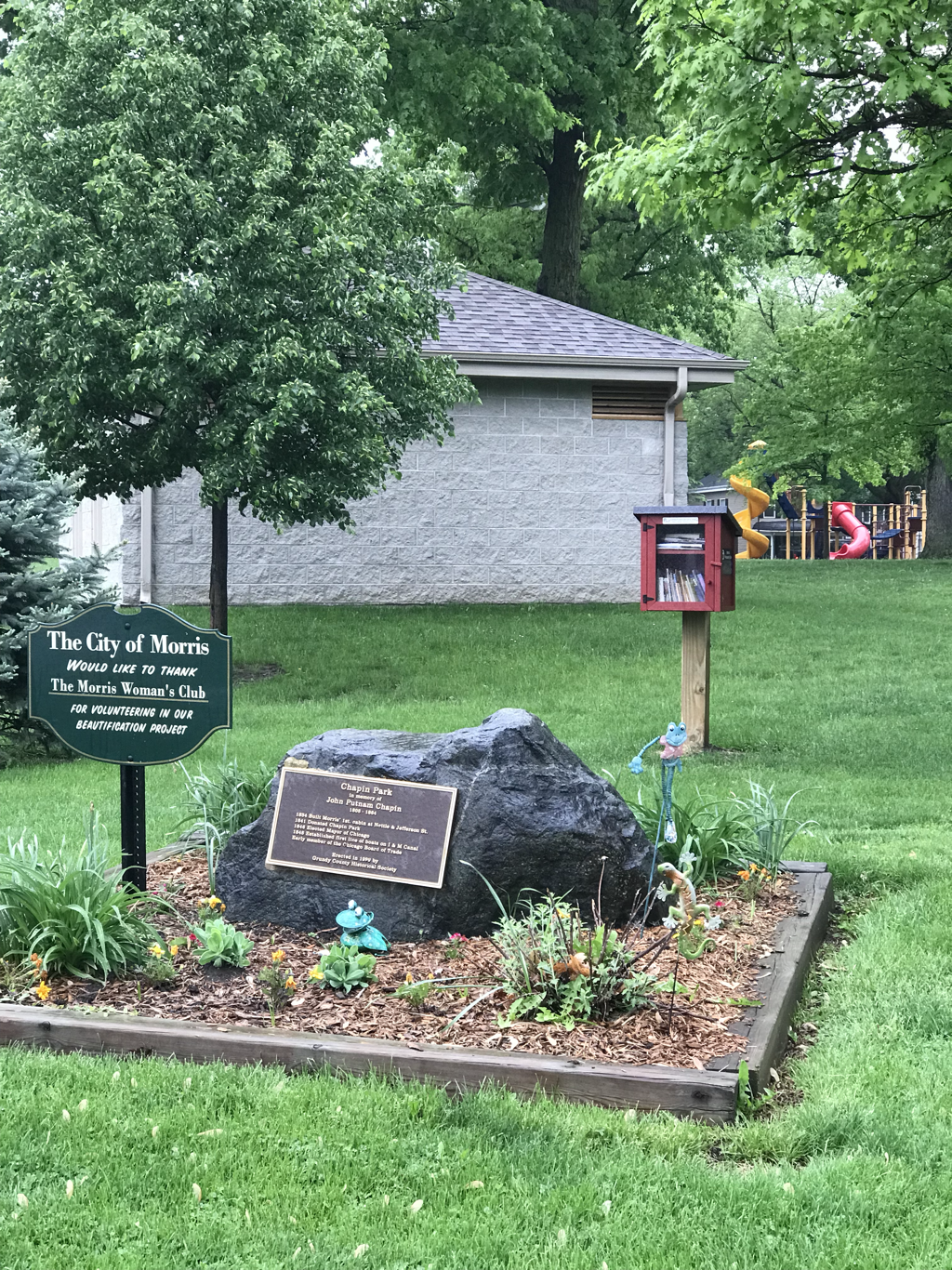 The garden at Chapin Park that MWC maintains is next to the LFL.  Next the club will be working on donating a bench.  We have been saving recycled lids and caps for several years.

Leadership Is Available for Anyone

HOBY is a leadership seminar held throughout the country for sophomores of any gender to teach them leaderships skills to Empower, Lead, Excel.  This organization is partnered with GFWC.  If a student is interested, they can talk to their school counselor to see if there is a scholarship available.  If not and they would still like to attend, they can self-register through MWC or on their own.  This seminar is a great wait to cultivate leadership skills that last a life time.
Learn More! 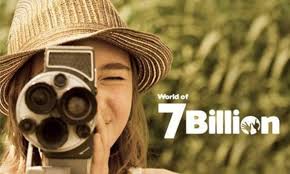 The nonprofit Population Connection operates a student video contest for 6th and 7th graders across the world.  The population on earth is now seven billion and expected to grow to nine billion by 2050.  What's that mean for resources?  How do we keep the planet healthy?  How do we feed everyone?  These are great questions that students are tackling.  Click on the button to see 2017 winners, and better yet, encourage your favorite teachers to get their students involved.  What a fun way to use the digital voices that modern kids have in a powerful and meaningful way!
WB7 Video Contest 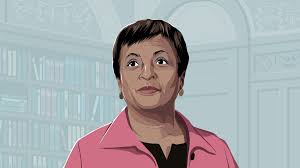 Teen Retreat--Learning to Love Yourself

Failure is Not a Four Letter Word!

Failure isn't a word many of us care to use about ourselves. However, failure actually drives innovation and to fail means ultimately there will be success. This concept is at the heart of the Museum of Failure in Sweden. It is here that such products as a Beta tape player, Trump Game, and a creepy talking doll reside--you name it, and the failure is represented. Even if you can't get to Sweden, you can see exhibits in Las Vegas ad Las Angeles. Get on board the failure train and see how risky and rewarding innovation can be. 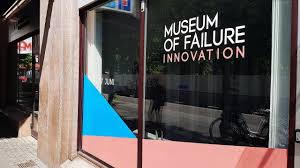 Rebel’s With a Cause

”The bravest and brainiest girls have been breaking rules for 150 years.” Check out these books about girls who empowered themselves. Who wouldn’t want to be as cool as these heroines?

From Nancy Drew to Hermione to any new young plucky female coming down the pipe. These novels can inspire the girl in you go out and be a problem solver! #herometoo. 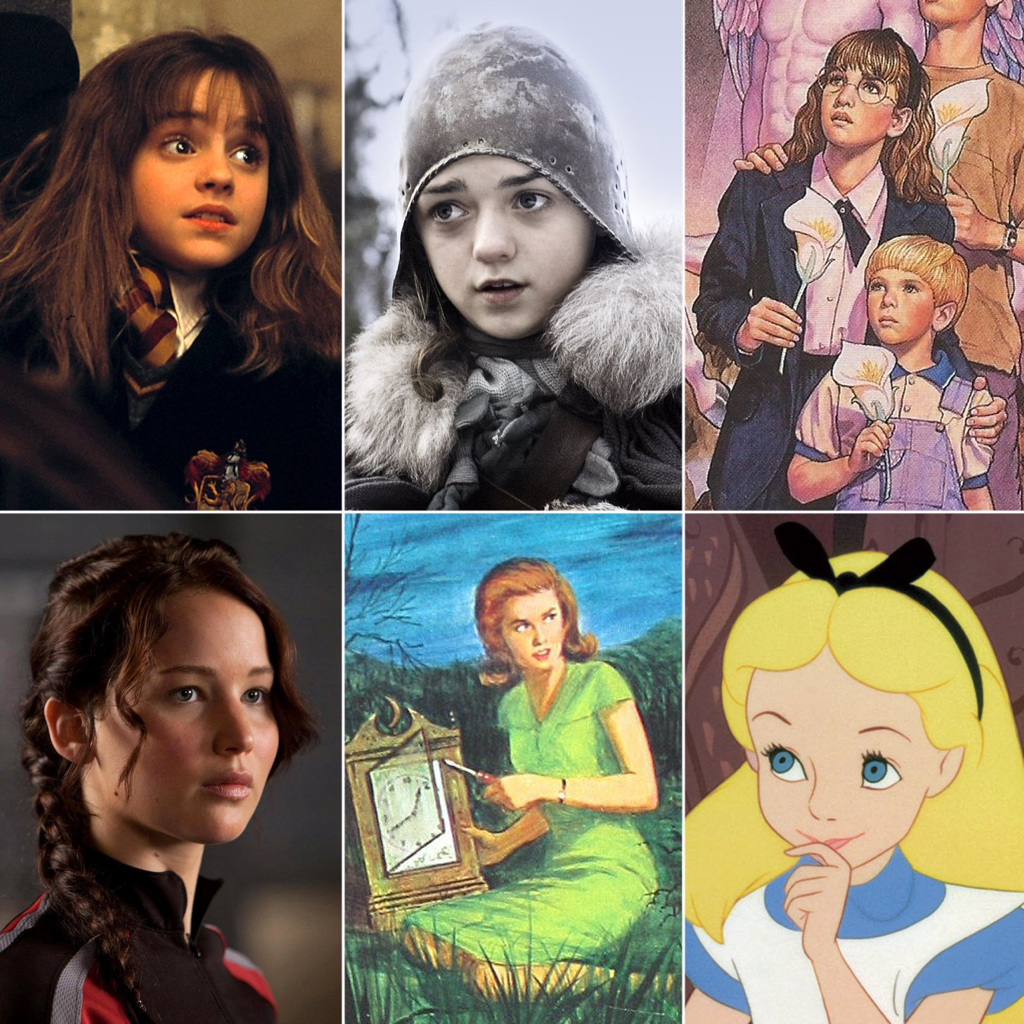 Podcasts Are a Great Way to Learn

So you are bored as your driving. Or maybe there’s nothing on the tube today. Or maybe you just want to learn about new stuff and have a curious mind. If so you might be a podcaster. Here are some great ones to check. They run the gamete of making sense of ideas and life.
Revisionist History with Malcolm Gladwell
NPR Podcasts
Make Yourself Smart

The ABCs of Food Labels

There is so much more to food labels than in the past. So how is a person supposed to know what to do?  Here is Green America’s guide to food labels. If you are interested in how to read certain information and what it means, this should help.
ABCs of Food Labeling
But wait there’s more to understanding food labels. We all know we are supposed to cut back on sugar, but sometimes that’s easier said than done. For example any processed food you buy may include two to five types of sugar, which may be harder for you to recognize when a food has sugar in it, words such as maltose, molasses, sucrose, high fructose corn syrup, anhydrous dextrose, brown sugar, cane juice, honey, lactose, fructose, etc.  Some processed foods even have 2-5 of these different type of sugars in them!  What's a consumer to when trying to avoid so much sugar?  Try buying processed foods that have less than five ingredients.  That may be a person’s best way to avoid hidden sugars.
Hidden Sugar 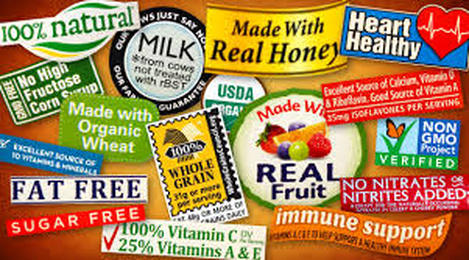 Ever wonder about where Presidents go in the winter? Like the rest of us, they sometimes look for respite from the cold. This Smithsonian article provides insight into the latest location Mar-a-Largo but also illuminates other locations.

One of the most famous locations is in Key West at the Navel base. It’s where Harry S. Truman spent much time contemplating his serious responsibilities. Truman has been voted by scholars as one of the top ten Presidents (#8 in fact) for effectiveness and greatness. If you are in Key West, visit the museum to get a feel for this President and the events and times of the end of World War II.​
History of Winter Whitehouses
Truman’s Winter Whitehouse

Tis the Season for Nobel Lauretes

A young female biology graduate, Cindy Wu, started a crowd fundraising platform for small experiments that would never get big money grants to fund.  The site is called Experiment.  It's a place were the public and researchers (amateurs and academic) can easily interact for small grants.  The platform has been a source for over $7 million dollars worth of funding, supporting over 700 projects.  Click on the l;ink if you want to learn more about this great crowd sourcing project.

Skilled craftsman are retiring at an alarming rate, and there are not enough trained individuals to take their place.  So Norm Abram from This Old House fame and Mike Rowe from Dirty Jobs fame are rallying support for scholarships and opportunities for students wanting a hands on future.  Many students and their parents do not know the long-term outlook for the trades and so may not think about helping their son or daughter pursue that career path.  To learn more about these opportunities check out the mikeroweWORKS (MRW) Foundation Work Ethic Scholarship Program, which supports training for students.

MWC provides scholarships for summer enrichment for a student to attend the Illinois Leadership Conference and also provide funding for a student to attend a summer camp for the fine arts--either music, band or speech team.  These funds are raised through a Bridge Marathon operated throughout the winter by a member.  Those who love bridge, enjoy theri social time but also raise money for these special scholarships.  If you are interested in learning bridge, regardless of whether you are a MWC member or not, please contact us to learn more.  We will also be offering lessons this upcoming year.